What’s caught our eye this month?

Let’s set the scene. I’ve just returned to the real world after being lucky enough to spend a month exploring Europe. And it feels like I’ve missed SO MUCH while I was in my travel bubble – unaware of all the cool new things that have descended upon us. Thankfully I work alongside a pretty nifty team of people here at PaperKite who were more than happy to get me back up to speed.

I thought I’d share some of these discoveries while I was at it. But rather than documenting a month’s worth of tech-news, I’ve decided to focus this post on the shiny little things that caught my attention.

Google has been busy (as you will see below) and Gmail has had a bit of a design overhaul. But what really caught my eye is that new loading envelope – pretty damn cute!

Google also released Tasks in late April. It’s pretty basic but does integrate with Gmail and Calendar so I can see it being popular (it will take something exceptional for me to stop using Things though). The first item to note is the navigation drawer (AKA Hamburger icon) is in the bottom bar rather than the top. Tapping this opens up a bottom sheet rather than a side sheet. It’s something a little bit new to the Material Design arena, and I personally LOVE it! In a world of ever-increasingly large devices, I can actually use this app with just one hand – exactly what you want from a quick task app.

Another thing that caught my eye was the iOS App Store – instead of using traditional portrait app screenshots Google has opted to use landscape imagery. The shorter images do make it harder to display the content of the app, but in an over-populated App Store it is hard to stand out. And this approach definitely did. I like it. 👍 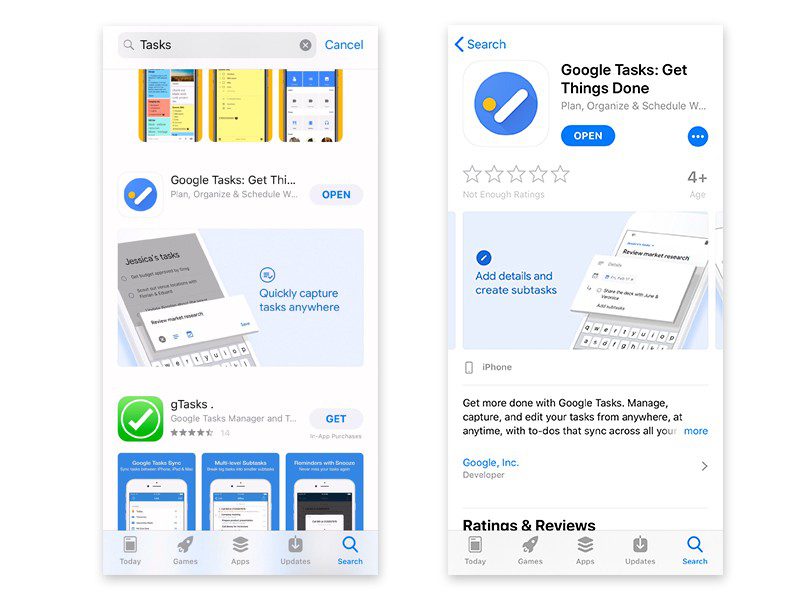 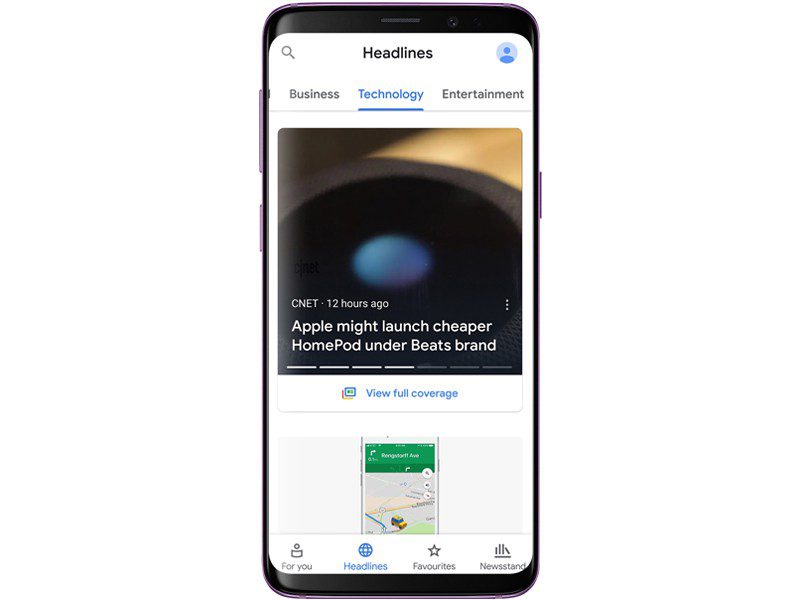 Google I/O is a developer festival that was held May 8–10 at the Shoreline Amphitheatre in Mountain View, CA. And PaperKite was lucky enough to have our Lead Android Dev Kate in attendance. The app made a great first impression with a nice little animation, but the rest was pretty underwhelming. However it did include a neat approach to using overlays on a map. Maybe this is something we could adapt for future work?

Google News was announced during Google I/O – it uses AI and machine learning to try and figure out what news will be relevant to you. All the UI now reflects the updated Material Design principles – including the bottom navigation.

It also includes a top navigation bar to scroll between different news sections. Some of the news thumbnails include a carousel of multiple stories. The stories cycle through automatically, but you can also swipe through them manually. I think the element by itself is nice, but found it a bit annoying when I was attempting to scroll between sections.

This budgeting app uses emojis and gradients all over the place — super trendy 😎. The beautiful transitions and animations are what really elevate this product. Call to action buttons gain importance with soft particle effects. List elements slide up to catch your eye when they are introduced on-screen. Motion is used effectively to enhance the overall experience – and it really works. Kudos to the developer!

And that’s all for now, thanks for reading.
👋 See ya next time!