I Got Punched in the Face and I Liked It

Making the app by day, training for the fight by night

“So… when are you signing up?”

I was approached with this question, beer in hand, one Friday afternoon after we had recently begun the process of creating the IT Heavy Hitters mobile apps. A combination of being quite impressionable and having previous interest in trying out boxing resulted in me ending up at team selection the following Sunday.

A big part of pre-selection admin was stating your team preference: Team Red or Team Blue. There were a few factors to this decision; location, training times, and of course, colour preference.

I turned up on Day 1 with a new pair of gloves, a set of wraps I didn’t know how to use, and a forgotten drink bottle that I didn’t think I’d miss so thirstily. After an intro from the organisers going over what’s going to happen and a much-needed 101 on how to put on hand wraps, the group was split in two. It was time to be assessed on fitness and form in order to be placed in a team.

The following session could be broken down into a few different things. A cruel variation of a familiar drinking game where we were made to do a burpee each time Sting sang “Roxanne”, followed shortly by repeatedly whipping myself with a skipping rope and awkwardly pretending I knew how to punch a bag. I’d never underestimate the fitness level of boxers again.

Anyway, we all ended up being put in to one of the two teams. I got blue team. Then the real training began.

The training schedule given to us pre-sign up for Blue Team was just Tuesday and Thursday mornings before work. This seemed pretty chill to be honest! But very quickly (like straight away) a Saturday morning run was added to the mix.

Don’t let the ‘pretty chill schedule’ fool you as it did me — I found that every training turned out to be just as, if not more, intense than any session done previously.

I quickly fell into a routine where the 5am alarms and everlasting full-body aches were the new normal. Thankfully, during the day I was pretty distracted by playing my part in making the apps. Ryan — a workmate in Blue Team as well, was also working on them.

I can’t really explain how weird it was to see the initial prototypes using our photos, having a photoshoot with the whole team for our final profiles, or having to see us in the app every single day while working on it; but I can say that weirdness didn’t lessen with time.

The project ended up being pretty huge for us at PaperKite. We wanted to use the project to really show what we’re capable of design and development wise while supporting the mental health and well-being cause behind the event. Personally I was super invested in the project, regardless of the fact that I was taking part in it as a fighter. This project became my primary focus, pretty much full-time in the lead up to the event. Everything in my world started to become IT Heavy Hitters.

The training was hard. Every. Single. Session.
One of the main things that helped to keep my head in the game instead of succumbing to the pressure was being able to see my skills and fitness progressing. There was plenty to work on for the whole 14 weeks, so setting goals was the easy part — staying focused enough to achieve them while your body is saying no, or somebody is trying to punch you in the face, was harder. 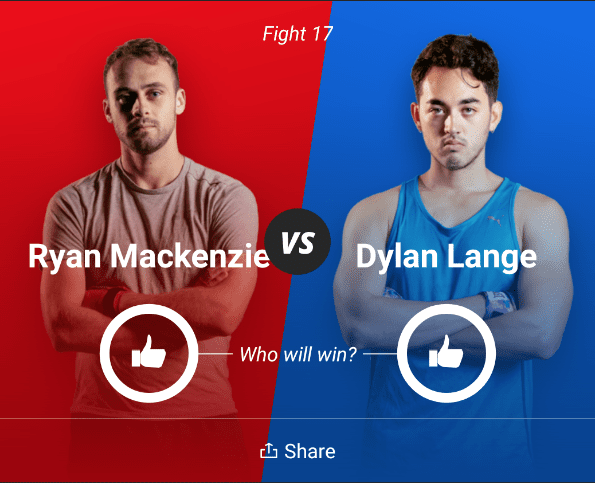 Training was a feeling I got used to, but when they started matching up fighters for fight night, that was a whole other thing. Not everyone gets a fight, the coaches match up fighters based on a couple of different factors: there are a fixed amount of fights that can happen in the night, and there has to be someone on the opposing team with a similar skill level to you.

If there is someone on the other team who they think has a similar skill level to you then you might be lucky enough to be selected for one of the 18 fights. Being selected wasn’t a surefire thing, there were heaps of people in each team that could be on the card for fight night.

After fights were announced, shit got real.
Suddenly there’s a face on the other side of your gloves. The fact that you’re going to be in front of a THOUSAND people, fighting someone who wants to punch your face in, starts to sink in. What if this guy’s an absolute animal?
What if he’s trained harder than I have?
What if he’s fought before?
Internal chaos ensues.

Training wasn’t just technique and fitness anymore. There was a whole new mental aspect to the game. We were told to “find that dark place” when we were training and become comfortable fighting through it. I remember quite vividly the moments in training where I found myself in that “dark place” — one of them being on the run back to the gym on a Saturday morning. There was a battle going on in my head between the part of me who was in agony and the part of me who needed to know he trained as hard as he possibly could.

So… remember that initial schedule where it was Tuesday, Thursday and Saturday morning trainings at 6am?
They really started to ramp up, to the point where people were going to upwards of 10 trainings per week. A week that I remember quite clearly went something along the lines of:

On top of the hectic training schedule and working full-time on the app, I had also started spending any spare time I had watching endless amounts of boxing and MMA fights. Safe to say that at this point, I was eating, sleeping, and breathing boxing.

Outside of training and finding out who your opponent was, there were a whole bunch of other complications that drove the emotional rollercoaster. One being the amount of investment you put in to your team and how much you shared part of each other’s loads. I really wanted everyone in my team to succeed, and it was quite important for me to hear some optimism coming from the Blue Team to help fuel my own.

The final training sessions before fight night were bloody bizarre. Having ‘the final sparring session’ or ‘the final team run’ made it seem like none of it was real. After our final trainings, there was a week off to recover and work on our mental game before the big night.

My fight was the final of the night. The crowd was high energy, and all the fighters gave everything they had when they were in the ring. It was extremely satisfying to see these people from my team get up there and finish strong in something they had been training for 14 hard weeks.

Around the fight 13 mark, I went out back and started warming up. It really didn’t take long for it to be my turn to walk out there. I’d worked damn hard for this moment, and was very much ready for it all to be over. My opponent’s walk-out song came on and he entered the ring. I liked his choice — it amped me up a bit too. As my song came on I walked through the crowd and into the ring, ready to fight.

“Time is going to fly once you’re in there. It’ll be over in no time, so enjoy every second of it.”

The Coaches were right. It took no time for the whole thing to be over. When you think about it, 14 weeks of training leading up to just 8 minutes total in the ring is pretty crazy. Despite losing the fight, I couldn’t be happier with how it went. All the hard work that went into training on both sides made for a really good fight in the end. An overwhelming blanket of relief came over me as I exited the ring to see my friends and family. Everything was worth it for this part of the night.

“Would you do it again?”

There’s something incredibly satisfying about knowing you can push yourself to the absolute limit. This whole experience turned out to be far less about fight night, and more about pushing myself, figuring out what I’m capable of, and putting in the hard yards alongside an incredibly dedicated team.

During the weeks of training, finding that ‘dark place’ turned out to be quite enlightening. I think there’s a lot you can do for your self confidence and mental well-being by pushing yourself through something like this, however it may take shape.

If you’re on the fence and asking yourself if you should do it, take the leap. I’ve got no regrets, and I’m sure you won’t either.